This is a story about how good science falls into bad company, and the potentially devastating impacts to Puget Sound 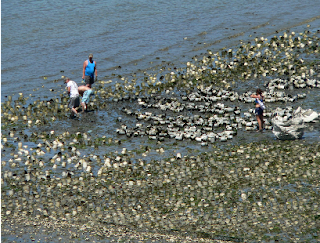 For many years the shellfish industry in Puget Sound has been claiming that the impacts of a geoduck farm are “temporary and reversible” in an attempt to convince everyone that there is really no problem with impacts to the environment, habitat and threatened species. Of course, anyone who actually observes these farms is outraged at this assertion. The installation of an industrial monoculture geoduck farm on natural tidelands kills the native clams, crabs, sand dollars and sea anemones, installs thousands of PVC tubes deep into the sand, and on harvest flushes the tidelands into the sound. The disruption of the natural environment is painfully obvious.

How can they claim that the effects of this are temporary and reversible? It seems absurd.

They get away with this by misusing and misinterpreting scientific studies in the hope that no one will notice. Let’s take a look at just one case:

In December of 2014 Changmook Sohn, a tideland owner, submitted an application for a geoduck farm under the name of a company that he owns. The permit was accompanied by a required Biological Evaluation prepared by ACERA, LLC. A small environmental consultancy that seems to specialize in this kind of thing. In the Biological Evaluation is this statement:

Recent research indicates that recovery of the epibenthic community from shellfish harvest may occur rapidly (Kaiser et al. 1998; Crawford et al. 2003; ) although the research is currently limited (USFWS 2009). It is anticipated that this level of benthic disturbance is consistent with the existing range of normal storm/wave activity (Dernie 2003).

Notice the reference to a scientific paper by Kaiser and others. At first blush you might assume that the study actually supports this claim. And you would be wrong. The study is behind a paywall, but I purchased a copy and took a read (see the reference below).

The Kaiser paper was not actually a research study, but a review of the existing scientific literature. The study looked at oyster, mussel, manila clam, and other shellfish farming activities, but did NOT review geoduck operations which are substantially different in their planting and harvesting activities. The study is not relevant to current geoduck farming techniques and the current geoduck farming techniques were not even in broad use at the time of the study!

This is the first clue that the wool is being pulled over your eyes.

Then as you read the study you learn that the scientists were concerned about invasive farming techniques that are similar to those used by geoduck farms today. For example, the Kaiser paper specifically warned about the dangers of intertidal disturbances. Rather than support the notion that the benthic environment recovers quickly, the study warns of prolonged and potentially dangerous impacts on the environment (emphasis added):

“Physical disturbance of intertidal sediments by invasive commercial bivalve harvesting activities is of concern to fisheries managers because of direct effects on populations of target species, causing non-catch mortality, and to nature conservationists because of the interference with the feeding behaviour of wading birds (Goss-Custard and Verboven 1993; Shepherd and Clark 1994), habitat degradation or the alteration of infaunal invertebrate community structure. “

“The environmental effects of harvesting natural populations of intertidal and shallow sublittoral bivalves has received considerable attention in the United Kingdom because of the scale and intensity of operation, particularly with respect to tractor and suction dredging intertidally for cockles (Franklin and Pickett 1978; Allen 1995; Cotter et al. 1997; Hall and Harding 1997).  It is surprising that the environmental effects of cultivated bivalve harvesting have been little studied to date, especially as clam beds can occupy large areas of the intertidal zone with individual commercial plots that usually measure 40 m² or greater. (Note that modern geoduck farms are typically 100 times larger than this and can be over 1,000 times larger.)”

“... although sediment structure and profile was restored 3 months after suction harvesting (Fig. 1), the benthic community was not fully restored until 9 to 12 months after harvesting occurred (Spencer et al. 1998). The immediate effects of suction dredging are, not surprisingly, quite severe, as the entire upper layers of the substratum and fauna are removed.”

Yes, the authors are concerned about the severe effects on the intertidal areas when the upper layers are removed - and this is exactly what happens during geoduck harvesting!

Nothing in this study points to the quick recovery and minimal impacts of this type of shellfish farming. If anything, the study warns us about the effects like those created by geoduck farming.

Is this intentional lying, sloppy work, or the result some other flawed process?

We don’t know. There is certainly a potential conflict of interest between the paid consultants who produce the Biological Evaluation and the larger public interest in preserving Puget Sound. This poor quality work would not pass the sniff test in a high school biology class. It is alarming that it is being used as the basis for making decisions about our Puget Sound marine environment which may have devastating effects in the future.

You might have noticed that ACERA also quoted a studies by Crawford and Dernie and a note from the US Fish and Wildlife service in 2009. We won’t go into the details here, but just note that the Crawford study was done in Tasmania, Australia and did not study geoduck farming. A review of Dernie raises the same concerns - we'll cover that later. And it is true that the US Fish and Wildlife Service noted the lack of information about long term impacts. So again, referencing this study and USFWS note are not comforting and do nothing to allay concerns about the environmental impacts.

Given the potential impacts, doesn’t anyone actually read these studies?

What is needed is a full halt to all new geoduck aquaculture permits until we have enough evidence that they are safe. In spite of the bloviating by shellfish industry PR hacks and lobbyists, no such evidence exists, and a lot of warning bells are ringing.

Posted by Kathryn Townsend at 7:09 AM No comments: 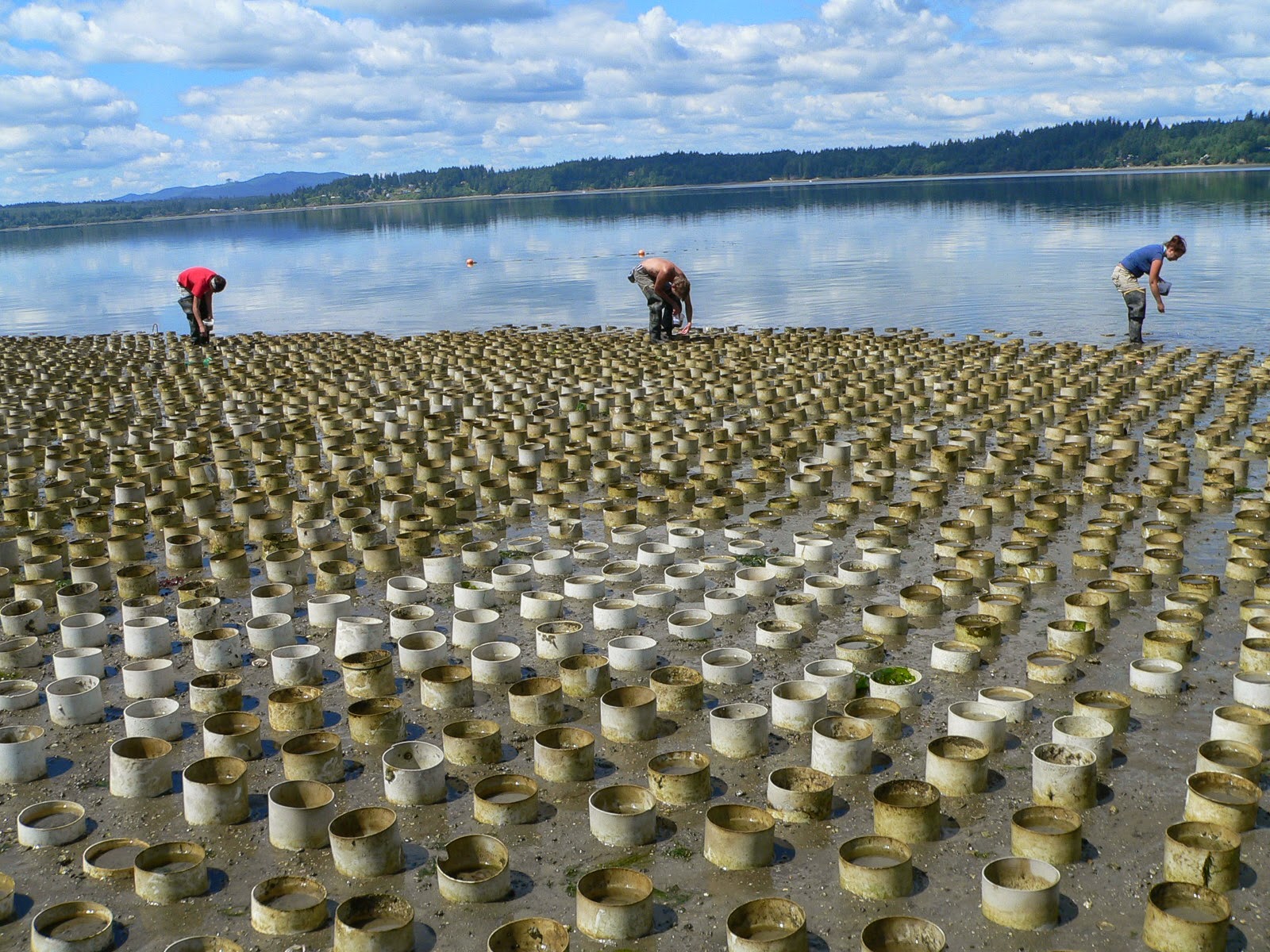